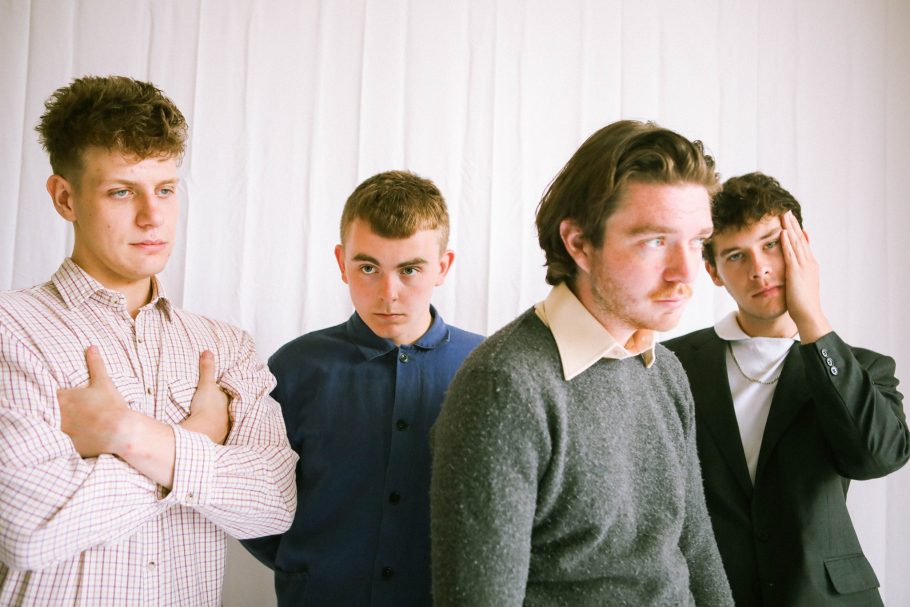 Flexible punk wordage & rickety lo-fi guitar vocabulary, coupled with cinematic organ fills is exactly what Cheap Teeth dispense. Their image projects that of the early 70s punk and post-punk scene of New York yet is alloyed with some Western garage rock influences of the 90s and late 00s. Erratic soundscapes are accessories to the focused songwriting and poised lyrical verse which encapsulate patrons at a stroke.

The band’s first release of ‘Fly on the Wall/The Vicar’s Fingers’ received critical acclaim from the likes of NME labelling them “deliciously grim”. This was certainly a direct result of having recorded the tracks at Glasgow’s Green Door Studio with ‘Sweaty Palm’ Ronan Fay twitching the faders.
Following on from their debut release, Cheap Teeth returned to Green Door’s velveteen walls, purloining the 70s once more, and releasing ‘Ageless (Half The Devil)’. The strain gallops and drives you through 3 and half minute location that yearns to be frequently revisited.

The band’s live spectre is what might be most enthralling. Replicating their racket, a Cheap Teeth performance consists of every good vintage gig proverb. Their live energy & intoxicating demeanour has led to them supporting the likes of Hinds & Sports Team which speaks volumes for the vigour being showcased. Beginning to now navigate the UK, the band are at the start of a compelling period whereby all as described and more are to be personally delivered to growing assemblages who won’t neglect in increasing.